FREE SHIPPING ABOVE RM150 ( Standard for WM only)

Highlights
Gochujang is made from Red Pepper Chili and Rice. It can be used in various dishes like bibimbap and spicy rice cake, also in salads, stews, soups, and marinated meat dishes. Gochujang makes dishes spicier (contributed by the capsaicin from the chili), but also somewhat sweeter.
How to Use
Add in any cuisine or just as a dipping sauce.

SELF PICKUP:
Free of charge, schedulable.

Why is the expiration short?
For Korean Fast Food such as instant noodle, snacks, and beverages, they usually have only 6 months of shelf life.
After 1 to 2 months of International Shipping, the expiration might not be long. Please consider before purchase.
*If you need an exact expiry date, feel free to contact us.

Will you send an expired or nearly expired food?
No, we promise not to send any expired food or food expires within 1 month. Except for any prior notice and free gifts.

How do I read the Expiration Date?
The format of Korean dates is YYYY-MM-DD.

"We all love Trial Packs!"

No more wasting money on the flavors that you disliked, just try our trial packs out!
We understand how much you care and love for you and your family. So, Shin is here to ensure that you are shopping with no fear. 😉

Fresh Expiry
We promise, all the trial pack is within a fresh expiration date. Only fresh and quality products will be delivered to you.

Authentic & Original﻿
We promise, all the trial pack is packed from the Authentic and Original products. We do not offer fake products.

Hygiene & Hygiene
We promise, all the trial pack is packed in a hygiene environment and under the hygiene process. We care as much as you do.

Thank you seller for the free gift. As usual, goods arrived in good condition with good expiry date. Repeat order 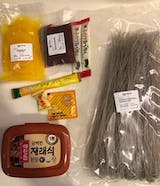 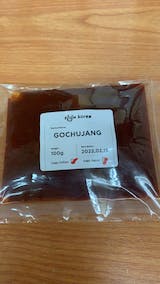 I bought this to cook tteokbokki, initially i have no idea how many gram for 600g tteokbokki, now i can pretty sure 200g gochujang is the right quantity. It will be good if seller can include gochujang as a combo package for tteokbokki or else many people dont know what quantity to buy.

Fish cake come with ice bag. Although the ice bag not cold anymore still it does help in keeping the fish cake well. Thank you for the free gift ^^

Let customers speak for us

Nice and tasty, like it very much. Will purchase it again.